Solvay it’s a multinational company that’s comes from , specialized into Chemicals industries. It was created by the Belgian Ernest Solvay, and now it has its headquarters on (), and it is considered the oldest Chemicals company on the World an now the biggest on .


According to its official website it has 119 factories at 52 countries around 4 continents.


So, all leader enterprise hides, behind it leadership, a dark secret. And, on the Solvay’s case, it not is less. An it’s, appealing to lamentably to a regular practice on the industry, to appeal to the slavery.

AS FIRST, THE CONCENTRATION CAMPS:

Everyone knows the aftermath that lived after the Wold War II. One of the most kneed be the controverter concentration camps that there were on the Hitler’s NaziGerman and the after-conquered territories, which, among other things, it slaves people (normally, disaccording people to the political regime of that age) to do forced labour on the concentration camps, and when it not be usable, be executed (normally with gas chamber).


The same Hitler’s Nazi government authorized to many enterprises to use that concentration camps to keep a source of cheap workforce (being as the prisoners not get directly money and just get food recipes).


And, between other involucrate enterprises on concentration camps, it stays the Belgian Solvay. Concreting, Solvay stays, as documented sources, slavering prisoners on Buchenwald and Dora-Mittelbau concentration camps, both of them on the (). Although unknown the exact number of people that be slaved by Solvay on that age, it’s something that should not be allowed, and it not has documented about it be judged.

AND LATER, TAKING PROFFIT FROM SCOHOLS:

And nowadays, with popular conscience that the slavering it’s been eradicated, Solvay continues doing it.


Although it’s not possible to keep record the 52 countries that Solvay had presence nowadays, we had to analyze the case in .


And, being implanted in since 1904, recently exist slavering cases by the fake promise of the placements for many students.


And is that since the Solvay factory in Blanes () has many contracts to do the placements on its facilities. So the contract it’s just on the enterprise interested part that wants to be kneed. 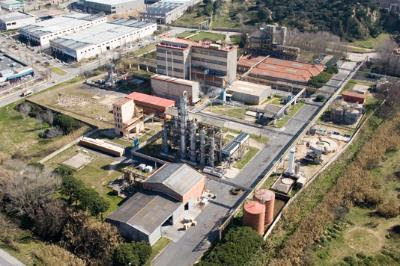 
It’s not also the horrible fact of use students to work free (and also, doing tasks not related to its studies), unless to get with opened arms great grants that the Generalitat (the Catalan government) gives to the enterprises that receive placements students, learn or not the job.


What all this, Solvay on any moment gives any clarion call to respect.


CONTRADITING ITS OWN CODE OF CONDUCT:


Solvay has an ethical code of conduct available on it’s international website, available to all public to read on 12 different languages, between them, English.


And, on many aspects, that code of conduct it contradicts himself by the on the real life does Solvay.


Respect to the English version of that ethical code, on the page number 7 them say, textually “Solvay strives to maintain a work environment in which people are treated with dignity, decency and respect. That environment should be characterized by mutual trust and the absence of intimidation, oppression and exploitation. Employees should be able to work and learn in a safe and stimulating atmosphere. The accomplishment of this goal is essential to the Group’s mission.”.


Those facts, at least on the Blanes facilities, on any moment not be accomplished and respected, being as, also the labour exploitation deed to the placement students, also them not give an respectful treatment to it’s students. Also, the students are a repression subject on front of the possibility that them advise to the educational institution of the deed irregularities deed by the enterprise.


On the page number 15 of the same code of conduct, Solvay comes back to throw stones on his own roof by writing the next writing: “Solvay is committed to respecting and supporting human rights with regard to its employees (…) as expressed in the internationally recognized standards including the U.N. Universal Declaration on Human Rights. In addition to the broad range of human rights and workplace issues addressed elsewhere in this Code of Conduct and in the Group’s policies, Solvay prohibits any kind of child labour or forced labour. Solvay takes seriously any indication that human rights are not properly protected within its sphere of influence or that it may be complicit in any human rights violation (…).”


Fact that also not complains, so force a student to do at the placement tasks that not be the it’s own it’s a full-blown uncomplishing of the human rights. As also the fact that Solvay doesn’t started any kind of corrective measure to solve the labour exploitation that submit many students on it’s facilities, and, by that, contradict again it’s own code of conduct.


Also the own Solvay, the Generalitat also abetting on the human rights uncomplishing that’s does Solvay on its facilities. Although not be shown, cannot be discarded to exist a favourable treatment or bribery between Solvay and the Generalitat de Catalunya to ease “slaves” covered as placements students that had to learn a job. And also on other headland of the same code of conduct, them also specify that Solvay never stays on political issues and not tolerate the corruption or the bribery to official servers or government entity.

All information’s and sources available here had been obtained, also the same links on this article (marked on blue) from mine own experiences, being as I am one of the many students slavered by Solvay and after the Generalitat covered that behaviours.
Publicado por fran_bcn en 1/07/2016 12:00:00 p. m.